Death of the Budget – Long Live the Rolling Forecast 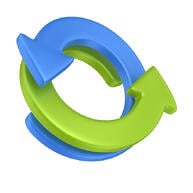 I've been implementing planning solutions for many years. One of the areas that we often find on the agenda for a planning application design meeting -- or, if it's not on the agenda, something we will bring up -- is the question of whether the organisation has a separate budgeting cycle or whether the budget has been subsumed into a rolling forecast process.

This decision is so integral to the planning process, and has such substantial change management implications, that it should be considered during the requirements-gathering phase; the design phase is a bit late for process re-engineering.

So what are the options and the implications of the various choices?

Historically, organisations have produced an annual budget. These are typically started several months from the end of the current year, and consequently the first period of the budget is some time away. To provide a base period and establish the opening balances for the budget, a forecast of the current year is performed. For each budget version, the matching current year forecast will need to be retained. Since they are prepared so early, they are often outdated by the time they are first used as a comparison against actuals in the first period of the budgeted year. It is common for the budget to be restated in period one to adjust for the variance between the budgeted and actual closing balances to avoid variances being reported throughout the year. In SAP Planning & Consolidation (BPC), these versions would be held in different Categories with dynamic links to the related current year forecast.

Despite the problems which result from the early preparation of budgets, the annual budget has been imbued with a mythical status. This has led to it being allowed to be very resource intensive in both time and money. Organisations can take between two and three months, some more, to produce their annual budget and it will already be out of date.

That's not to say that it's not valuable to have a budget, but spending three months producing a budget may not be an optimal approach to performance management.

Reforecasting and Reviews
In recognition of the likelihood that the budget is rapidly out of date, most organisations reforecast during the year. (This will typically happen on a quarterly or monthly basis, although in some cases it is less frequent.) The time horizon is usually the current year, and one of these forecasts will be used to feed next year's budget process. The rigour which is applied to the development of these reforecasts varies significantly. In some cases, the forecast comprises actual to date plus budget for the remainder of the year. In other cases the year-to-date variance against budget is phased over the remaining periods to retain the full-year budget as forecast. In many organisations, however, the forecast is critically reviewed each month and appropriate adjustments made. The most relevant variance analysis is against prior forecasts rather than against budget. A popular analysis tool is the waterfall report, which shows the previous forecasts and actual outturn and is used to assess the accuracy of forecasting and the trend in the forecast for periods as they approach being actuals.

The Rolling Forecast
The progression from reforecasting each month is to extend the time horizons for the forecasting process -- to move from forecasting for a fixed period to a rolling forecast. Rather than forecasting to the end of the current year, the forecast is extended beyond the year end. Typically, the forecast is for between 12 and 18 months from the current period. For example, with an 18-month rolling forecast, the actual data for April is available in May, and the forecast will be for May of this year through to October of next year. Only October of next year will have been added; the forecasts for the other months will be copied from the prior forecast and reviewed. The level of review often varies from month to month: In some months, a high-level review is performed and only significant changes in assumptions are impacted; in other months, a more significant root and branch review is performed.

An alternative to extending the forecast period by a month for each forecast is to add 3 months once a quarter -- making it, say, a rolling 16-18 month forecast. The periods when the months are added should be aligned with month ends when other processes are not occurring. For example, if quarterly reporting occurs in March, June, September, and December, then the additional months could be added as part of reporting for April, July, October, and January. This could also be aligned with the months when a more detailed reforecast is performed.

Even with rolling forecasting, however, we are unlikely to eliminate the budget altogether. They are often required by external agencies and financial institutions. They may also be required for target setting and performance bonuses. One approach is just to nominate one rolling forecast, which covers the required periods, to be called the budget. For example, the rolling 18-month forecast produced in November will include the whole of the following year, and the relevant periods could be copied to create the budget for the following year. This may be subject to additional review and approval steps, but would not require the investment in time that was previously dedicated to the standalone budget process.

Forecasts and Planning
In addition to the short- and medium-term forecasts discussed above, organisations will produce longer-term strategic plans. These will typically be at a higher level than the shorter-term forecasts, and may be driven from economic and market and market share forecasts. A common scenario is to have a short-term forecast covering the balance of the current year and part or all of the subsequent year at a monthly level. This is supplemented by a five-year plan, which uses the current-year forecast as a base and then looks at the subsequent five years. The plan could be derived based on a combination of external drivers such as market-size estimates and economic indicators (inflation, interest rates, GDP forecasts) by region, and internal factors such as market-share estimates. The impact of acquisitions and impact on both revenue and costs of specific initiatives would also be factored into the longer-term plans.

So the rolling forecast becomes part of an enterprise performance management (EPM) regimen which continually re-evaluates current performance levels against previous forecasts. The rolling forecast process also provides a framework for the evaluation of forecast accuracy. By regularly reviewing our expectations of future performance, and continually extending the time horizon, we improve our perspective, can react more quickly to changes (both internal and external), and make appropriate and timely investment decisions.

In an upcoming post, I'll look at some of the techniques that can be adopted to better understand the drivers of an organisation's performance and hence improve planning accuracy.

Budget & Forecast - Are They The Same?

Join Column5 for a basic introduction of SAP BPC Planning and Forecasting for NetWeaver including a live product demonstration and extended question and answer segment.