Analysis for Office and the BPC Plug-in – everything you need to know! 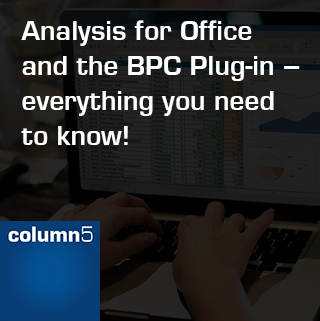 Long term BPC customers know that one of the tool’s key strengths, its powerful and easy to use reporting  interface, can also be a challenge at inconvenient times. Over
the history of BPC’s reporting interface, dating back to OutlookSoft with venerable EvGet functions, relatively few changes have been made to the system.

If not, let me explain further.