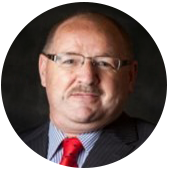 For many organisations the budget is the financial representation of their target for the year. It represents where they would like to be and how they would achieve this. In contrast, a forecast typically represents your expectation of the organisation’s performance. Of course you may want to build in contingencies before sharing your expectations externally: under-promise and over-deliver. Budgets are also often used to set the targets for bonus purposes. However this may not encourage the most appropri 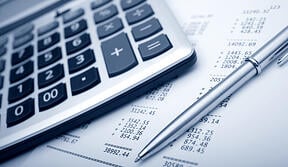 ate behaviour during the budgeting cycle.

In addition to an annual budget and monthly forecasts, organisations may also wish to develop alternative scenarios to allow them to model potential changes in the internal or external business environment such as price movements, acquisitions or organic growth.

It can also be worthwhile producing scenarios which model the worst and best case you can envisage. This is not because you anticipate a business environment which is this negative or positive but the planning exercise may raise some interesting questions. When you examine the best case scenario you will probably be turning down opportunities because you have insufficient capital to fund them. In the worst case scenario you may be looking at which areas of the business have a negative contribution and should be closed. However, these analyses could be applied to the current state. Are the parts of the business which you might close or invest in under the extreme circumstances also areas you should be looking at as part of your current planning cycle?

Of course, many of these forecasts are re-evaluated periodically either by tweaking a prior version or performing a more comprehensive review.

We’ve considered above the reasons why we might develop budgets, forecasts and other scenarios which allow us to model the performance of the organisation but how do we manage all this data?

Some of the key aspects of this are considered below:

Structure the data within an application

By holding the data within an application, such as SAP BPC, as opposed to a less structured environment such as multiple linked spreadsheets, you can impose discipline including security and data locking. Data consistency is also easier to achieve; the same rules can be easily shared between versions without having to perform multiple updates. You would have a single point of maintenance. Cross version comparisons are also simpler using an application with inbuilt reporting functionality rather than having to manipulate data across multiple workbooks.

The basic dimensionality will mirror your analysis of actual data but additional analysis may aid in the analysis of plans. For example, by adding the ability to separately identify data for strategic initiatives their impact can be assessed. A major challenge is collecting actual data on the impact of new initiatives but this can be achieved by either coding of transaction postings or, more commonly, manual analysis.

Building up the plan based on input driver values (i.e. sales growth rates, payroll on cost percentages and inflation rates) provides a greater level of transparency on how the plan is put together. The finer the level of granularity in the parameterisation, the greater is the ability to analyse the validity of these assumptions and to understand the key performance drivers. In addition to modifying the values of these drivers, the planning methodologies may be amended between plan versions. A number of planning methods can be developed and the user can select the appropriate one to apply to particular lines.  For example, some expense lines could be based on run rates while others are based on a percentage of sales. Debtors could be derived based on sales and an input debtor days based driver calculation.

Allocate costs to help understand where profits and losses occur

Costs are typically recorded against the area of the business where they are incurred e.g. selling costs, accounting department costs. It can provide a different perspective on the data to allocate certain central costs to the business activity that generates them. For example, by allocating sales or order processing costs to customers the profitability by customer can be better assessed.

As actual data becomes available, the plans for the current year can be updated. Decisions will need to be made on how to handle the variance between the previous plan and the actual outturn.  Is this variance carried through to the full year, allocated over the remaining months to leave the full year plan unchanged or does it update run rates which are used to plan certain data? These may be setup as default behaviour but can then be modified as part of the review and update process.

One of the advantages of holding the plans in a structured environment is the ability to report easily on the data. Amongst the styles of report you may consider when reviewing plans are:

When starting to develop a new plan, be it a budget, a forecast or some other scenario, the first essential step is to define and document the objectives of the plan. These objectives, together with appropriate guidelines can then be communicated to budget participants to ensure that there is a common view of the basis on which this plan is to be developed. This communication should be two way; the budget instructions should set the ground rules but the contributors should be encouraged to support their assumptions with commentary. This can be at the global level with a structured commentary; but also by using the ability of most packages to collect comments at a data item level individual plan assumptions can be documented.

The approach described above promotes clarity in the objectives of each plan cycle, transparency in the driver values and forecasting methodologies, and flexibility in the analysis and reporting of the various versions which are developed.

Interested in learning more about budgeting and forecasting? Register for one of our upcoming webcasts!