CoE History Lesson: The Many Names of BPC

What's in a name? – A history lesson on the many name changes of what is now known as BPC.

I recently came across an OutlookSoft installation disk dating back to 2003 while cleaning out my desk drawer. Having my cell phone handy I snapped a picture and sent it to a former colleague at SAP/OutlookSoft. The next day we were talking about the many names changes BPC when through in the early years. After hanging up the phone I was compelled to jot down all the names and what resulted was this blog post. I hope those of you who go way back with BPC get a kick out of this post and for those of you who only know BPC as BPC, you will get a chance to see what you were missing! 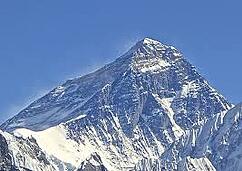 It all started in May of 2000 with the very first release named Everest. With Everest there were two updates, aptly named Update 1 and Update 2. Then in 2002 the name was changed from Everest to Financial Planning and Analysis or FPA for short.  This name only lasted until 2003 when it was changed again - this time to: Enterprise Analytic Portal, or EAP. Hmmm, maybe those last two names were a foreshadowing of the eventual acquisition by SAP... but more on that in a moment.

The tagline for EAP was ‘Now you Know’ - It should have been ‘Now you know we change our product name on an annual basis’.  EAP was short lived, as Everest was resurrected as the product name with the release of version 4.0. Alas, Everest was not meant to be either as it was quickly exchanged for Corporate Performance Management (CPM) for the 4.2 series of releases. Once again, you may sense a pattern here, the latest name, CPM, did not stick, and the powers that be decided to rebrand the company as OutlookSoft around 2005. OutlookSoft 5, as in version 5, was the actual product name.

Enter SAP... In May of 2007, SAP acquired OutlookSoft. What's great about SAP is that SAP is THE brand. The products that SAP sells carry descriptive names like Enterprise Resource Planning, Business Warehouse, Enterprise Performance Management, Portal, and of course some less descriptive names sneak through like NetWeaver.  During OutlookSoft's first 8 years, the product had 6 official name changes as noted previously.  There's no telling how many more were to come if not for SAP acquiring OutlookSoft in 2007.

Naming a product is very simple at SAP: What does the product do?  Planning and Consolidation? Ok, that's what we will call it.  SAP BPC - SAP Business Planning and Consolidation. Done, next!  You have to admire SAP for their no-nonsense approach to product naming.  Consider two other examples of acquired solutions:  Xcelsius is now SAP Dashboards (What’s it do? It allows you to create dashboards!) and Explorer was Polestar before SAP acquired BusinessObjects.  In the almost 6 years since SAP acquired OutlookSoft there have been no major name changes, except for dropping 'BusinessObjects' in favor of 'Business', so I think it is safe to say that future name changes are unlikely.

In my next blog I’ll be exploring SAP’s penchant for acronyms and providing a handy reference guide. Just kidding, there isn’t enough time in the day!