Adding Value Through the Consolidation Process - Part One

If you have recently evaluated replacing your consolidation system, you were undoubtedly faced with justifying the value of the solution. While a new solution will have a plenty of new features and perform 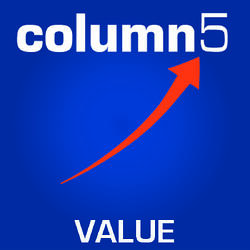 ance benefits, at the end of the day, the accounting rules that need to be followed and the results being generated are the same. Today, we are seeing more consolidation system evaluations based not only on adding value, but more importantly their ability to integrate with and add value to the overall enterprise performance management (EPM) processes. Implementing SAP Business Planning and Consolidation (BPC) is one way of accomplishing that, particularly through the use of business process flows (BPFs).

It's easiest to think of a BPF as a step-by-step guide that walks a user through a process from beginning to end. Within each step of a BPF, you have the ability to enforce that certain criteria are being met before moving on to the next step. An administrator or central owner of the process can easily see where every user is at in the process at any time. While there are benefits to guiding a user through the multiple steps in a process, in addition to reporting on the process centrally, the companies that benefit the most are the ones that use BPFs as a mechanism to move responsibility for key tasks upstream.

Here is a brief list of tasks that can often benefit from a BPF methodology:

In Part 2 of Adding Value Through the Consolidation Process, I will dive into how value is added to other areas by having the right consolidation model.