How EPM Caught The Pizza Bandit!

This is a 100% true story.  The names have been altered to protect the innocent (and the guilty)! 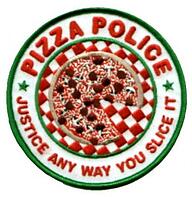 Everyone likes a great story.  What makes a story great is a plot, a villain, and a hero.  What makes this particular story more interesting is that it is a business story. It also one that clients keep asking me to repeat to their teams, peers and even their executive staff.

A global retail organization sat down to an annual board meeting to prepare their final results for their shareholders, the street and to make decisions for next year.    They had done this many times before, releasing very accurate quarterlies and sailing through the audits.  No pressure right?   Well so they thought. As the top level analysis came back it was obvious something was wrong with the core metrics.   They could see their revenues were higher but something looked wrong with the margins and orders.   The margins in specific areas were “way out of whack” with what was projected by the CFO! It’s almost as if there is an optimal amount of output before efficiencies drop?    Did those stores have spoilage from the freezer vendor upgrade?  There were lots of questions and no answers.

The Annual Review starting with analysis at the Top of the House only showed the problem at the macro level.   Fortunately, Pizza Corporate had deployed an EPM solution so the data, dimensions, reports etc. was in place to catch this.  They were able to drill down to state levels but could not go further as they had not integrated that level of detail into their EPM solution.  HQ was able to discern more insight by drilling into the US that was divided into 8 regional areas. They decided to focus on biggest anomaly region which was the Northwest Area including the states of AK, WA, OR, ID, MT and HI.  What the analyst saw was that Idaho was completely “out of whack” at the high level KPI’s. A quick look at the P&L showed a major problem.  Unfortunately, the dataset was not at the store level.   Thus a $250K project was chartered to “get to the bottom of this” stated the CEO.  Frankly, that was the fastest procurement cycle I had seen in 20 years.

A two month project was conducted to install the Microsoft based EPM solution, import data, conduct analysis and identify the issues.   The key here is that the EPM consultant was experienced and modelled the dataset correctly. For those modelers out there the dimensions were by Day, Store, Product, Order $, Order #).  Once the data had been loaded and validated, we clearly saw what we called “black spots”.  There were specific stores that during certain periods were losing money for no reason! Ironically, they were even losing money when there were no sales.  How could that happen?  Another week of investigation simply re-confirmed these black spots. The data clearly showed some predictability in that what stores they would occur (approximately 3 unique Idaho Stores in Ada County and the city of Boise) and that it would occur multiple times a week but it was not predictable which days.   The black spots acted more like shadows. You could see them but not guess where they would come next.  Our solution architect decided to load payroll data and eventually shift details into the second version of the model.  Again…BOOM!  We saw it.  It was only a matter of connecting the right data.   It was a specific set of employees.  There were two employees who took shifts at 3 different stores that had a 1:2 connection to the event. Meaning, when the event happened there was always at least 1 of them on shift.  Sometimes there was a 2:2 connection in that both of these pizza bandit employees were on shift which sent the losses were 1.5x to 2x higher.  Why?

Turns out these two pizza bandits where false creating orders (for say a cheese pizza) to their friends and then intentionally deliver a pepperoni. When they would return from the delivery, they simply would enter the code for error/comp.    There was no receipt, no camera evidence, no money to follow and thus these bandits thought no one was watching.  Only the data was watching!  They further felt they were safe because they rotated stores thinking that would throw off their trail even more.  They even could play both sides of the game meaning if they took the phone order or delivery they had two chances to “mess up the order” and thus took it.    As the data graphs show these two become more brazen over time. Having had success running this scam, they became more greedy and started charging the customer’s cash and yet returning to the stores claiming an error/comp.   Over the course of one single year with these two employees, at these three stores multiplied by the number of pizzas then again multiplied by  the lost revenue resulted in an astonishing number of $27,806 in lost margin or opportunity cost to the stores. Adding insult to injury, those pizzas really had cost associated with them of another $33,189.  In total these two bandits cost an Idaho franchise owner over $50,000.   (Employee x Store x Product x Account Return code =Error/Comp x Time)

Was the $250K worth this effort? On moral grounds alone it was according the CFO.  In roughly 10 years, this particular set of stores would break even for this investment. However, there are more than 3 stores in Idaho alone.  At a national level we estimated that 10% of the 3,000 stores were having this issue. Fixing those 10% for $250K resulted in the “no brainer project” according the CEO.  In fact he said as we left, “what else can this EPM stuff do for me?”  I just smiled and said “see you tomorrow”.

Are You Ready for a BPC Upgrade?
EPM Value is Exclusively The Client's Definition
7 Deadly Sins of a BPC Implementation
Where Do You Go to Find Answers to Your BPC Questions?
SAP BPC: What is the Right Amount of Time for a Design?

Learn about more great case studies at one of our upcoming webcasts!