If not, let me explain further.

At the moment there are two separate client options for data analysis in the SAP BW/BPC world, Analysis Office and the EPM Add-In.  As shown below, they will be merged into a single Analysis Office Add-In with two Plug-Ins available (Analysis and EPM).

The version of the Analysis Office Add-In available right now (called SAP convergence client 2.2 which has been released in November 2015), adds three tabs to Excel on installation (highlighted in yellow):

The EPM tab and the Data Manager tab in SAP convergence client 2.2 are exactly the same as the stand-alone EPM Add-In except that they cannot be used in MS Word.

The Analysis, EPM and Data Manager tabs have separate log-ins. For a BPC 10.1 Standard project you would not use the Analysis tab, only the EPM and Data Manager tabs. For a BPC 10.1 Embedded or BW-IP project you would use the Analysis tab only. One advantage here is that you can have an EPM report reading from BPC in one Excel worksheet and an Analysis report reading from BW in another worksheet of the same workbook. This is very useful when doing reconciliations between BW and BPC.

It is possible to use the EPM Plug-In for BPC Embedded projects, but some functionality is lost:

So, it is not recommended to use the EPM Plug-In with BPC Embedded projects, the Analysis Plug-In should be used instead. SAP recommends the following product usage according to the type of source data.

SAP convergence client 2.2 installs both Analysis and EPM Plug-Ins with a common installer and a single licence, so those companies using Analysis Office to connect to BW and the EPM Plug-in to connect to BPC will save on licences if it is the same set of people using both tools.

A new version of the client is planned to be published in June 2016: SAP convergence client 2.3. We do not have visibility on the functionality of this client at present. Watch this space for more updates on the implications of SAP’s Product Road Map.

Interested in a full day of Analysis for Office hands-on training?

Join us for a full day hands on workshop to explore the latest features, tips and tricks with the current version of SAP BusinessObjects Analysis for Microsoft Office. We will also provide an update on the convergence roadmap and discuss the best options based on several use cases. 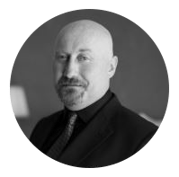