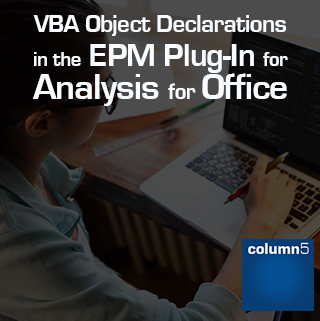 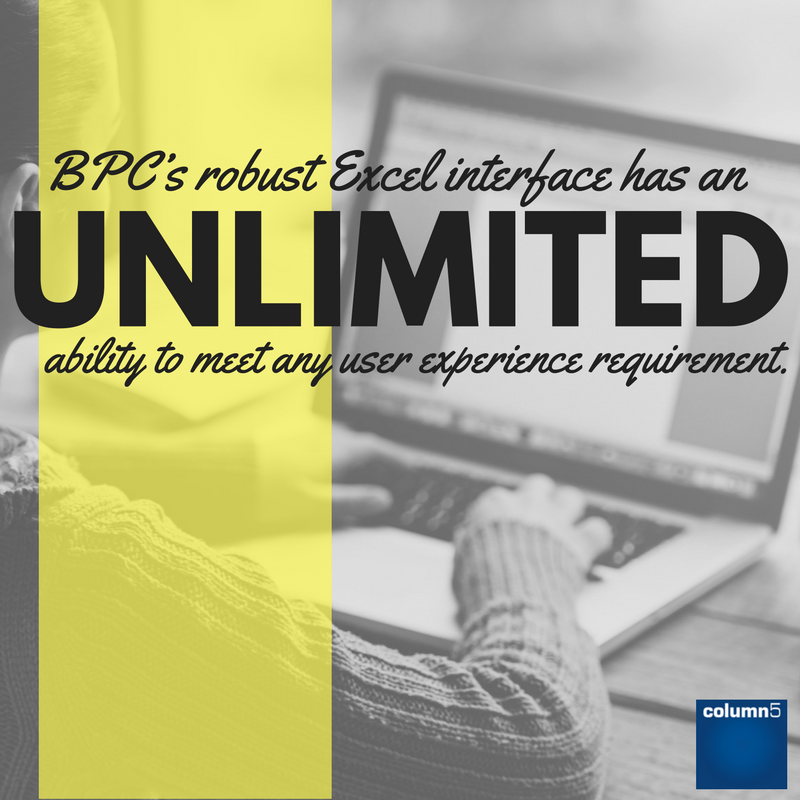 When comparing BPC to other products, a big factor to consider is the user interface experience. SaaS based
EPM solutions often have significant constraints to the available options when designing the experience users will
interact with, due to the inherent design limitations of those solutions. BPC’s robust Excel interface has an unlimited ability to meet any user experience requirement. In addition to the significant numbers of Excel functions included in the EPM Add-in that can be applied creatively to meet any need, sometimes it is necessary to leverage Visual Basic to create highly specific behavior in the interface.